First and foremost I want to apologize to my readers for falling off the grid. I usually posted at work and staying true to the rules and values of corportate amercia they banned wordpress. Boo! I only used it during breaks and lunches. Okay well,it was so easy to post. Now it’s been removed. This means that I have to write blogs while I”m at work and then post them when I get home. If I remember. Thisi usually happens, but sometimes I forget my flash drive. Yes I still use them becuase skydrive is not accesible at work as well.

Moving on, I am keepying up on my eating and exercise, well minuse today. it was a stress eating day, but it’s the first one I have had in a while, like two weeks. I had delicious pizza for super, paid entirely too much for it, but whatever. I bought some batteries to bring my scale back to life, now I can finally check into my new game of Dietbet. If you haven’t heard of it, it’s this awesome new app that you sign up and put forth 25.00 to loose ten pounds in a month. Last month I lost 11 and I only cut out junk and ate better. Everyone gets a cut of the pot if they succeed. It’s an awesome incentive. I gained 10.00 and that gave me a balance of $35.00 so I reinvested it into another game. Same rules except the pot is much bigger. Well being me I kept forgetting to buy batteries for my scale for  the last three days and so I am three days behind everyone else but I will conque this like I did the last one. I swear it.

In writing news I received Chapter Twelve back of my commercial fiction novel about deranged rich people. But I also won a writing contest with the first 250 words from my NANO novel. It was an idea that I had been toying around with for sometime, but never took the time to write. It was perfect for NANO month. I wrote it and forgot about it. Then on a whim entered the first 250 words into a contest accompanied by $15. So my question is, does everyone win? I have never entered into a contest before. So it’s all pretty new to me.

In school we finished To Kill A Mockingbird, by Harper Lee. No matter how many times I read this book, it still gets better and better with time. Each time I read it something new appeals to me. This time I was outraged by the way that Jem and Scout were treated at school. Most teachers would be glad that their students can read and analyze the world around them, but not Scout’s teacher. This theme continues throughout her schooling. What do you think?

We are reading Rule of the Bone now, it’s pretty good, granted I am only on chapter three, but I have a pretty good idea about the main character named Chappie. It seems like it’s a good book thus far.

I have also finished reading The Great Gatsby and even watched the movie. I don’t understand why people think they can recreate the magic of a book via the film. However i did like Leonardo Dicaprio as Gatsby. He does great in these types of films. By “these” films, I mean 1920’s and 1930’s. He’s an amazing actor and the same goes for Toby McGuire. Although he will always be Peter Parker to me.

Okay so I am watching the walk of nations for the Winter Olympics, I am so excited. Russia is getting ready to take over. It’s such a an amazing honor to be a part of the team. Putin is standing there. I find it quite amusing that they are walking in to TATU’s Not going to Get us!  It’s kind of hilarious that they are so anti gay and that’s what fired their career.

Well that’s all I got for now. Till then…

Another Day …another buck

I was late for work, thanks to the ice covered roads. Don’t get me wrong I do appreciate the plow guys and the salt trucks, but it still sucks. I think there should be a ban on all utility companies. When there is bad weather you can work from home. Imagine what I could get done!!

It was harder than heck to get motivated yesterday. Yes it was the second glorious day that I was off work and did whatever I wanted around the house. I turned out to be highly productive in the morning, but by lunch time I was done for the day. I was useless. I don’t know why, nothing seemed worth doing.

So I ate lunch thinking that would give me energy, nope. Thankfully some helpful neighbors down the way cleared out driveway for us so we didn’t have to deal with that. Granted we did pay them, but I feel it was worth it.  That just added to the laziness of the day.

Naps were taken and when we got up we decided to get out of the house. My girlfriend left her phone at her sister’s house so we went there first and then went to Walgreens, mecca of everything. Necessities were picked up along with We are the Millers and The Heat from the Red Box machine.

When we got home I literally forced myself to work out via a 20 DVD of Zumba that I had found. I was just not in the mood, but I did it. Then had supper and settled in for a 3.5 hour movie marathon. Overall I would say that We are the Millers was funnier than the heat. I wished they would have incorporated the Miss Congeniality movies in with this one, it may have been funnier. Plus let that McCarthy chick play more than one role. She’s already type casted. This sucks for her.  She’s a great actress I just know it.

In my writing world, not much to report other than I found a few more story ideas while cleaning the study. I can’t wait to begin reading over the material. Also I am going to work on editing chapter 1 or JD just in case JP takes off.

Oh and I have a ton of homework to complete as well. I guess  I should be doing that instead of this…hmmmm…nah.

Welcome to the Ice House

So what does this mean? It’s simple it’s means I stayed home and I am going to do alot of writing today. Or i plan to! I hope. I have had one cup of coffee down and have checked my inbox and filtered through the important news. I even posted an excerpt from one of the stories I wrote a few years back for NANO month. I have completed three years so far. What about you? If you don’t know it’s National Novel Writing month and it happens in November! You have a month to write 50,000 words. I am thinking about taking this to the next level and choosing 3 months out of the year and writing a novel each month. What do you think? I think I can do it can you?

Okay so in other news, I started the 12 week challenge with my awesome coach Ginger who is there to support me. It’s a program through the Medi-Fast diet plan. You should check it out. seems easy enough.

I finally cleaned out my office now I need to get some plastic to put on the windows in there. It’s freezing. It’s the only room in the house that has poor heat circulation! Got any ideas, please let me know.

Oh and I am going to do some ZUMBA today. I thought I had let my mom borrow all of my DVDs because she begged and pleaded for them. I miss my morning classes with the lovely Heather at Nautilus, but it conflicts with my work schedule!  I will make this happen. I will post tomorrow if it happened or not.

Oh and a new app to download to keep you in check about logging your food and such is called PACT. You have log your food and exercise. If you don’t you pay. Literally! They will take money out of your account. There is no excuse to be lazy anymore. It will cost you. In turn if you keep your pact they reward you with cash. So I have signed up to simply log my food.  Check it out its in your local app store.

So that’s all for Monday check in! I’ll see you tomorrow.

Oh and I started semester six at Southern New Hampshire University’s online program!! I am seeking my Bachelor of English. It will be my third Bachelor’s degree, but hopefully I will be able to use this degree unlike the others.

What do you do during a winter storm??

I am sitting here warm and cozy inside with my shi tzu and cat on one side and my girlfriend on the other. The Boston Terrier is at my feet. Life is good.

I plan on writing and catching up on my sleep today. How are you spending your day?

In other news I thought I had my query letter down but with that whole realm of being subjective, it’s back to the drawing board for me. Oh well, writing it for the 1,000 time can’t hurt. I have some good leads. I also mound a new genre to market my book in,  It’s called New Adult. It’s fairly new, so I’m doing more research on it.

Stay warm out there. 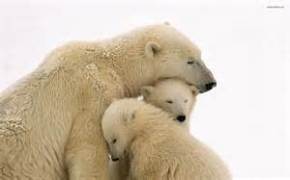