Have you seen this show?

I watched three seasons this weekend!! Woot woot!! Too much television! Bt it was for a good cause. This show has spawned so many good ideas spinning around in my head.

So if you don’t know its about clones!!

It begins with Sarah Manning, a young woman who returns to town after being MIA for a year. She is stressed about getting custody of her daughter. When she is waiting for the train, she meets a woman who looks just like her….this woman jumps in front of said train.

Thinking fast she decided to steal this woman who looks like her identity and she becomes Beth Childs.Who happens to be a cop and just killed a civilian.

So if your looking for a quick book to read, take a look at my 2nd installment of the Twisted series!!

It’s on Amazon and if your a Kindle Unlimited member, you can read it for free!!!

Here are some tidbits!! Enjoy!!

Yes I am one of those people who live from lists.

I also love doodling….that is why the bullet journal works for me!

And this weekend at work I was going through the one I had created not feeling good about anything I”d done and bam decided I needed a change.

I added to stop doing what everyone else is going and do what I like and what gets me.

So next week I am going to brave the internet and post my bullet journal.

I have to say that I went to Target and in their Dollar bin they have amazing products.

Stickers, journals, markers, and post it notes all ready for the fall!!! I love them. Plus I don’t have to wait for them to ship!

Have you seen it? Heard about it? Tried it?

I suffer from planning, making lists, and doodling!!

This is perfect for me. I have gone through two books…I also suffer from perfection syndrome.

But I gave that up…okay I’m working on that! I have a master bullet journal and a smaller companion one!! The master one holds, my writing, personal, and workout journals. My travel journal…..well I can take my collections and lists with me.

So if your interested here are some of my favorites online….

When I first pick the book up I wasn’t impressed. It reminded me of Cinder and how it started.

Both books were slow to start…but when it picked up …it really picked up.

Such a great book@ The author had a way of taking me into her world and filling my mind with new ideas. I am working on my first elemental fantasy book. I will keep you posted.

So back to the great book. It centers around a girl who finds out she’s special….I”m not going to give it away….but in the world where Mare lives, everything depends on the color of blood that pulses through your veins.

Overall, I think the characters are believable and real, the twists and turns were right up there. I loved it1!!

You should take a read!! Now onto Delirium….

The Avengers have really captured the group superhero fighting!!

The storyline was great, the action was even better.

In this installment of the Captain America we begin with the team at odds over signing a document that would prevent the from acting on impulses to fight evil. This comes about when innocent civilians end up dying.

Okay about his…hello how many innocent lives have been lost in the last ten movies the Marvel? Its only now an issue when a prominent figure happens to die…..

Adding to this is the realization that Buckey is alive and still a threat…or is he?

The Captain feels an obligation to keep his friend safe and this in turn splits the Avengers….and a civil war ensues!!

All that aside..we meet some new crime fighting heroes!!! Like Black Panther and Spiderman. Yes Spiderman is back….and he’s a different character!! A younger kid that is reminiscent of Tony Stark….

Its a great movie!!! 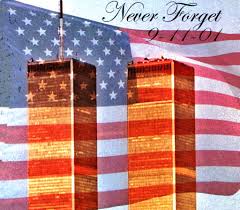 Self published book 2…Twisted Desire, finished draft of A Girl from Thailand….and working on my dystopian novel, Frost.